Locations in Starfield are areas that players may explore within the game's universe. The game has a large-scale Galaxy Map featuring over a hundred planetary systems and over a thousand planets. Each planet has unique features, including variations in gravity, temperature, atmosphere, and life forms. In the same system, you'll be able to find a warm planet bustling with life, and another that's barren but teeming with valuable resources.

Players will be able to land on any part of each planet and explore its various cities and environments. Expect to meet various NPCs and unlock a series of Missions and Story Progression while doing so. You can find all the relevant information and updates on Starfield Locations on this page.

Visit Outpost to learn about the home bases on different planets that players can customize. 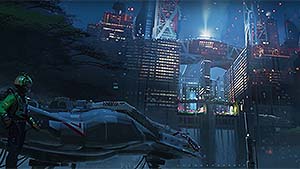 The city is a true melting pot and its residents come from every race, creed, and ethnicity. In a lot of ways, New Atlantis is a true reflection of the future of our world. 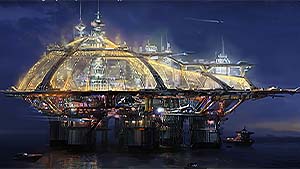 A giant fishing platform on a rather nondescript aquatic world, built by the Xenofresh Corporation. People come from all over to experience the drug known as Aurora, and everything else Neon has to offer. 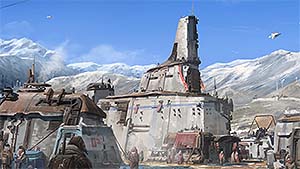 The city itself is home to a variety of people. They all have one thing in common. They believe in the sanctity of personal freedom and individuality.