NPCs and Characters in Starfield are components of the game that will create an impact on the Story and unlock a variety of Missions. We may predict that through the course of the game you will meet various inhabitants ranging from aliens, humans, robots and even an AI that you may decide on how to interact with. You can find all the relevant information and updates on NPCs here.

Like many classic Bethesda games, players will be able to choose one of four dialogue options when speaking to an NPC. As of a Q&A with Todd Howard on October 13, 2022, the depth of Starfield's NPC interactions have surpassed past Bethesda games with over 252,953 lines of dialogue compared to Skyrim's 60,000 lines and Fallout 4's 111,000 lines.

When speaking to an NPC, players may be given a [Persuade] option. Starfield will feature a Persuasion System where players can change the tide of an argument to their favor. After choosing the persuasion option, the player will be given a list of further dialogue options with varying levels of persuasiveness. While the details on how this system are vague as of yet, players will have to spend points to use these persuasive options. 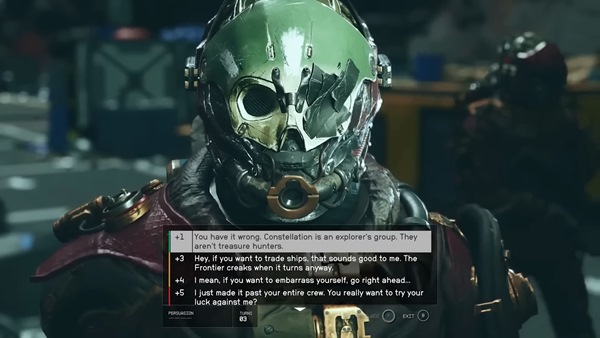 The game will feature joinable factions that feature their own Missions and rewards.

The main faction the character will join. Constellation is the last group of space explorers seeking to solve the mysteries of the universe. The main questline will be focused on the endeavors of this faction. You will be tasked with exploring a variety of different planets to find special artifacts and learn what they are, as well as their purpose. 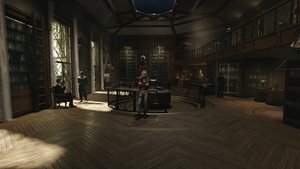 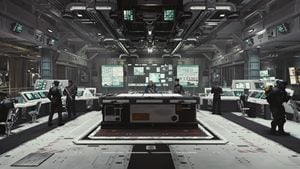 The peacekeepers of the Freestar Collective. This faction may be optional and their main missions will be based around protecting civilians from incoming threats. 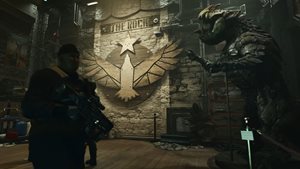 The Crimson Fleet will be one of the game's main antagonistic groups. Despite this, you will have the option to join and aid this faction. Their missions may involve smuggling and stealing cargo from other faction's spacecrafts and stations, and just wreaking havoc in general. 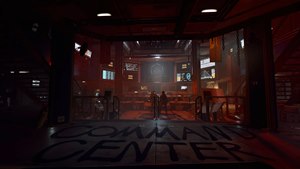